It is now two years (almost to the date!) since I published the first version (v1.0) of the Introduction to West Greenlandic. Since then, I have received many questions, corrections and encouraging comments from interested readers, in particular from the community on the Inuit-Yupik-Unangan Discord server. Some were incorporated into revisions of the v1-text, whilst others were added to my growing TODO-list for the next major version of the book. And now, it is finally ready: The first version of the second edition (2ED) of the Introduction to West Greenlandic.

Thank you to all who have asked me questions and sent me corrections, or just an encouraging comment about the book being useful or helpful. This book is for you.

How to Learn Greenlandic

I am currently writing a set of exercises in Greenlandic for self-study. They are intended as supplementary material to the Introduction to West Greenlandic, as an alternative way for people to practice using the sound rules and sentence constructions presented in the AITWG. Currently, only the first part (corresponding to Part I in the AITWG) is in a relatively finished state; but if you are interested, you can download a preview here. Comments, suggestions and corrections are, as always, welcome ;)

An Introduction to West Greenlandic (grammar) 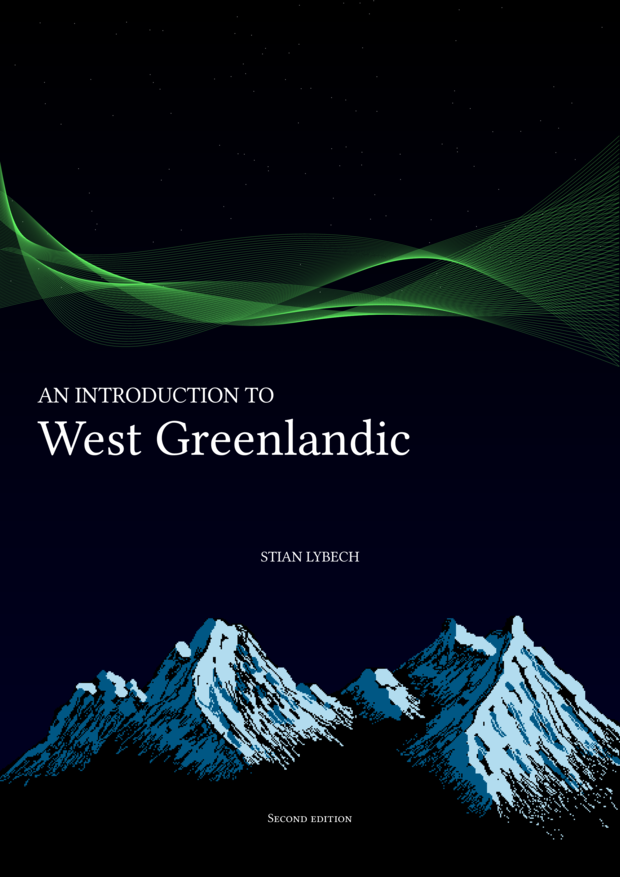 The Introduction to West Greenlandic is my attempt to present the rules and regularities that pervade Greenlandic grammar, in a manner and style that should be accessible to anyone who has an interest in learning Greenlandic; i.e. no special knowledge of grammar or linguistics is required. It is not a book written only for the learned academics (although even learned academics may learn something from it); in other words, it is a book written for an audience of non-linguists and other ordinary people, who have an interest in the language of the Kalaallit.

The central thesis of the book is that Greenlandic is easy to learn, precisely because it is so regular that we can formulate a few, abstract rules for the behaviour of most words. Or rather word building blocks (called morphemes), because Greenlandic is a polysynthetic language where you constantly recombine bits of words to form new words during the process of speech. This makes Greenlandic wholly different from all the usual Indo-European languages like English, German, Spanish etc., and thus requires a different approach than you would use to learn any of these languages.

This is the second edition (2ED) of the book, with six new chapters on sentence construction, as well as numerous corrections and changes throughout the text, and several updated figures. This book should give you a solid foundation for understanding firstly how words are constructed (Part I); and secondly how these constructed words may then be used to build sentences (Part II). Lastly, Part III describes the grammatical systems of endings for nouns and verbs. Even they can be understood as composed of a much smaller set of building blocks, and knowing something of the underlying systematics can therefore greatly simplify your task of learning the many endings. 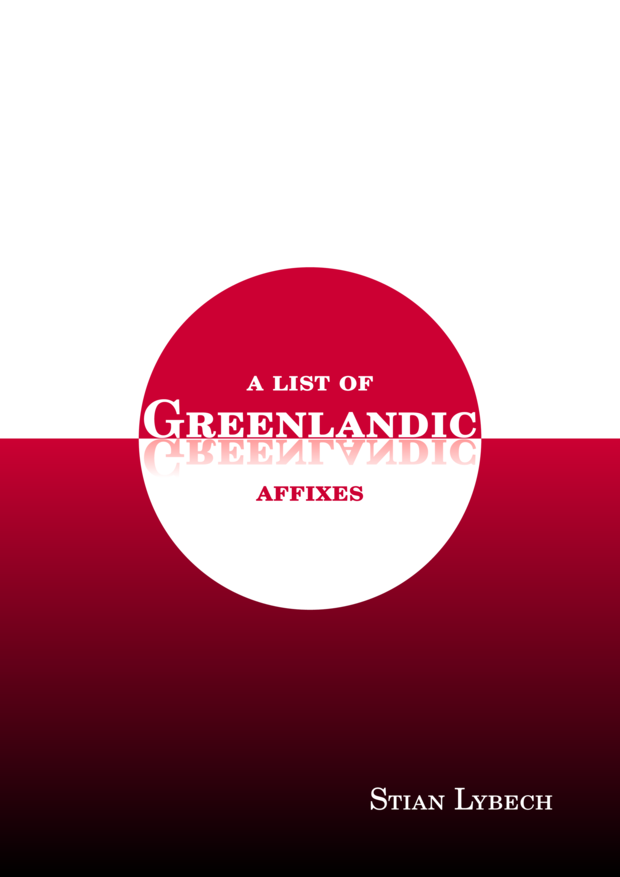 Greenlandic words are built by adding zero-to-many affixes onto a word base. Thus, an affix list is like a dictionary that only contains bits of words. But some of these bits occur extremely frequently; some almost in every sentence, so a list of affixes is an indispensable tool for anyone who wishes to learn Greenlandic.

The present, extensive list of affixes is also included as an appendix in the Introduction to West Greenlandic (v1), but as a precursor to creating the next major version, I have decided to separate it out from the main text. It is my intent to convert it to an online database, as a first step towards creating an actual morphemic dictionary of West Greenlandic, but for those who prefer it I shall also keep the PDF-version online here as well.